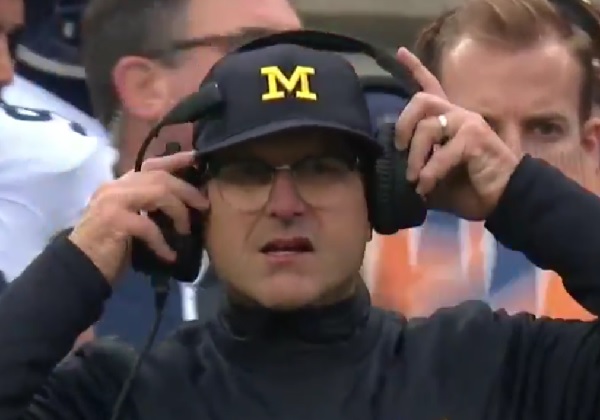 The 2016 edition of “The Game” did not disappoint.

Maybe this makes me a bad fan, but I will admit I started mentally preparing for a loss once OSU went down by 10 late in the game. Even though our defense for the most part played lights out, I never felt confident when OSU was on offense. This game had everything: a fake punt, 2 overtimes, a pick 6, goal line fumble, missed field goals, long kickoff returns, and sideline penalties.

As I predicted in my preview yesterday, one of OSU’s keys to winning was that they needed to bottle up Michigan’s running backs and force their QB’s to drop back. Though Speight had some pinpoint throws early in the game to make up for it,  2.1 yards per rush by Michigan was not going to win the game for them. It did end up being a defensive struggle. Both teams combined for only 34 points in 4 quarters of play, which is 13 points less than Pitt and Syracuse combined for in the 4th quarter of their record breaking game alone.

I was completely off in my prediction as far as 3rd down conversions being a factor. Barrett being able to escape the pocket and run was HUGE, but I don’t know how you can go 3/16 on 3rd down and still somehow come away with the win.

Ohio State gave Michigan several opportunities to put the game away, and it turned out the difference in the game was the points off turnovers. Apart from his 4th and goal throw in 1OT to tie the game, Speight’s throws seemed to get more inaccurate as the game went on. Hindsight is obviously 20/20, but keeping in an injured Wilton Speight and having him throw 30+ passes may not have been Harbaugh’s best move.

I really thought the ball spot in 2OT on 4th and 1 was a good call and really didn’t expect much controversy. To me it was pretty clear that Barrett’s initial push was over the line to gain. Very close… Too close… but I think it was a good call by the officials. Controversy also surrounded the pass interference penalties (or lack thereof). These penalties are tricky spot fouls that are up to open interpretation by the refs, and really could have been called either way.

Though the playoff is certainly more entertaining and gives more team the opportunity to compete for a title than the BCS, I can’t help feeling that these big rivalry games don’t mean as much as they used to. The winner of the division will have to play 3 more high profile games after the rivalry week game to be the CFP champion, which to me takes away some of the impact of rivalry week. I guess more college football is never a bad thing though.

Overall, Michigan performed better than I expected. The loser will always blame the refs and be bitter and the winner will always say “a win’s a win” and “the other team had ample opportunities to put the game away”, but one thing we can all agree on is that of the hundreds of games played so far this season this game was the most entertaining and impactful. The Big Ten is back, and it’s back in a big way.

Thanks for reading. Go Bucks!