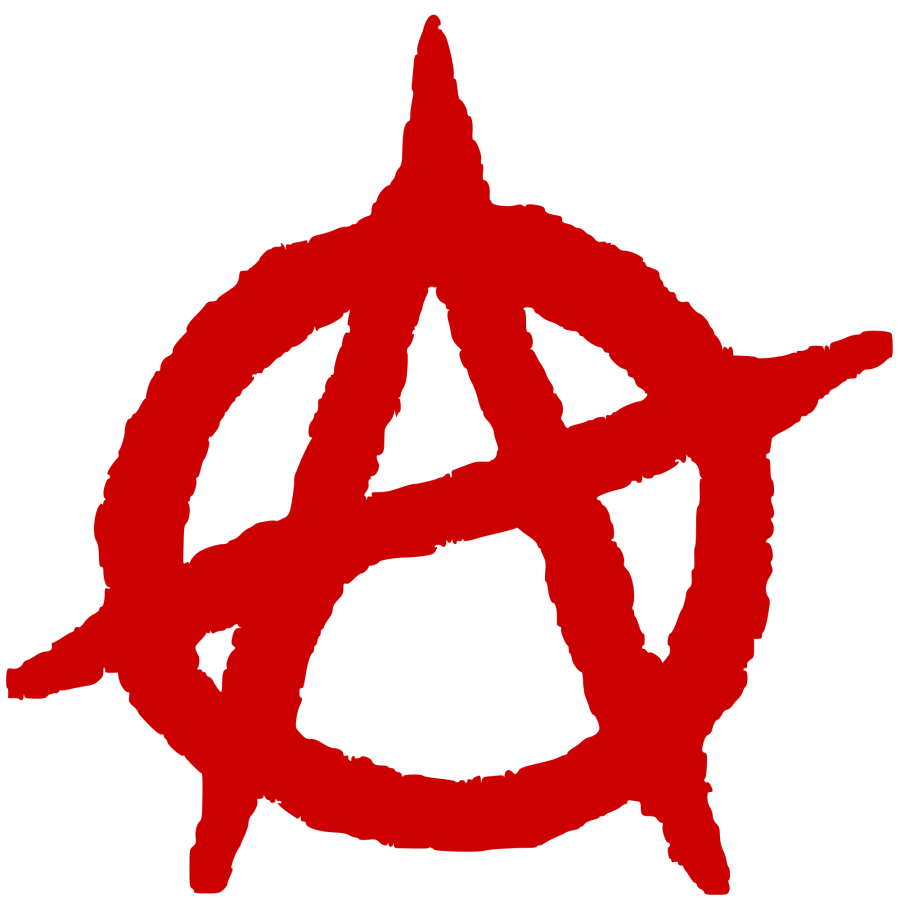 Today I was asked a question about Anarchy and whether or not it was a good form of (non?) government. I love history and wanted to answer the question in more than a sentence or two… so here’s the answer:

No question this was a rough election year for a lot of people. Distrust in government is at an all-time high – and rightfully so. I understand it’s the cool, trendy, contrarian viewpoint to have if you’re an intelligent 17 year-old shackled by high school monotony and frustrated with authority — but to have a clear and coherent understanding of why anarchism wouldn’t work, you have to broaden your viewpoint and understand how governments have evolved through history

Everything might start out being and feeling OK. No more taxes, no speeding tickets, you can take whatever drugs you want and drive around like a maniac. But what happens when the smartest most charismatic people accumulate and monopolize all of the resources over a period of years? BOOM you have a dictator on your hands. Anarchy over, and we’re back to square 1. People crave order and structure, and Anarchy will always turn into totalitarianism. How do I know this? Because it already has. 10,000 years ago we WERE in anarchy. The strongest and most charismatic people took control leading to monarchy/despotism which was the most popular form of government in human history. Until the 18th and 19th century civil revolutions and the rise and spread of constitutionalism, republicanism, and democracy, societies naturally and inevitably accumulated power and wealth at the tippy top of the demographic spectrum.

Just because you’re pissed that your car got towed and you have to pay taxes doesn’t mean that Anarchy would be a better form of government. No, it’s not likely that you would step out your door every day and have to dodge bullets on your way to work, but the fact that there would be no consequences for anyone if they did would CLEARLY cause a lot of problems. Sure the legal system has some kinks and by no means does it work perfectly. But unless you are a 7 foot tall 300 lb arms dealer with a stockpile of food and a fully weaponized place of residence, I doubt you would want to settle a property boundary dispute through a duel with your neighbor.

Let me be clear — I’m for as little government intervention as possible in my daily life. I think that the outrageous stimulus plans for example will cause long-term problems in our economy, and that my generation is going to have to suffer through it. But I had to live in any time period in human history, I would choose to live TODAY. People always talk about the good ole days, when things weren’t so complicated by globalization and bureaucracy. Unfortunately, most people don’t understand that the good ole days usually meant settling disputes violently or dying of a horrible disease before reaching adolescence.

Does the system we have now reap disproportionate benefits on the wealthy by incentivising the accumulation of wealth? Yep. But if you have a roof over your head and access to food, a toilet, and clean drinking water, you already won the lottery. You are among the luckiest, wealthiest, and healthiest 99.999% of all humans who have ever existed. Unfortunately, government is the price we pay for having such a high standard of living.

Besides the fact that anarchy would be an awful system to live under, I would argue that pure anarchy can’t even exist at all.

Anarchy by definition is a state of chaos due to complete lack of authority, rules, and regulations, but how far does the definition of authority extend? A pure anarchy would have to not only abolish all explicit authority, rules, and regulations, but also deep seated implicit and cultural customs as well. And if you were to attempt to establish a pure anarchy it would still have at least one rule — that there are to be no rules. This might be an issue of subjectivity or semantics, but the issue with discussing forms of government and governing in this way is that semantics DO matter.

Do government rules and regulations stunt growth and progress in some places? Absolutely. Is the bureaucracy frustrating to deal with at best, and criminally irresponsible at worst? Sure. But don’t kid yourself for a second that we’re worse off in a Constitutional Republic than we would be in a state of Anarchy. Anarchy is a fantasy, and it should remain so.